May is Marx’s Month. Labor organizations and people’s movement inaugurated the month-long celebration of Karl Marx’s 200th birth year during the Labor Day Protest in Mendiola Plaza last May 1 to denounce Duterte-US coalition and to protest for the lack of government action on the long overdue promise of the abolition of contractualization in the country. In the same day, Philippine President Rodrigo Roa Duterte signed EO 51 that prohibits Illegal Contracting or Sub-Contracting. In a statement of Kilusang Mayo Uno, the said:

The signed EO is based on the draft prepared by the labor sector over the past year, as ordered by Duterte, yet the language has been heavily watered down and rendered inutile. Virtually all references to contractualization have been stripped out of the government version. The EO 51 merely reiterates anti-worker provisions in the labor code that has in fact legalized contractualization and led to the prevalence of various contractual employment schemes. 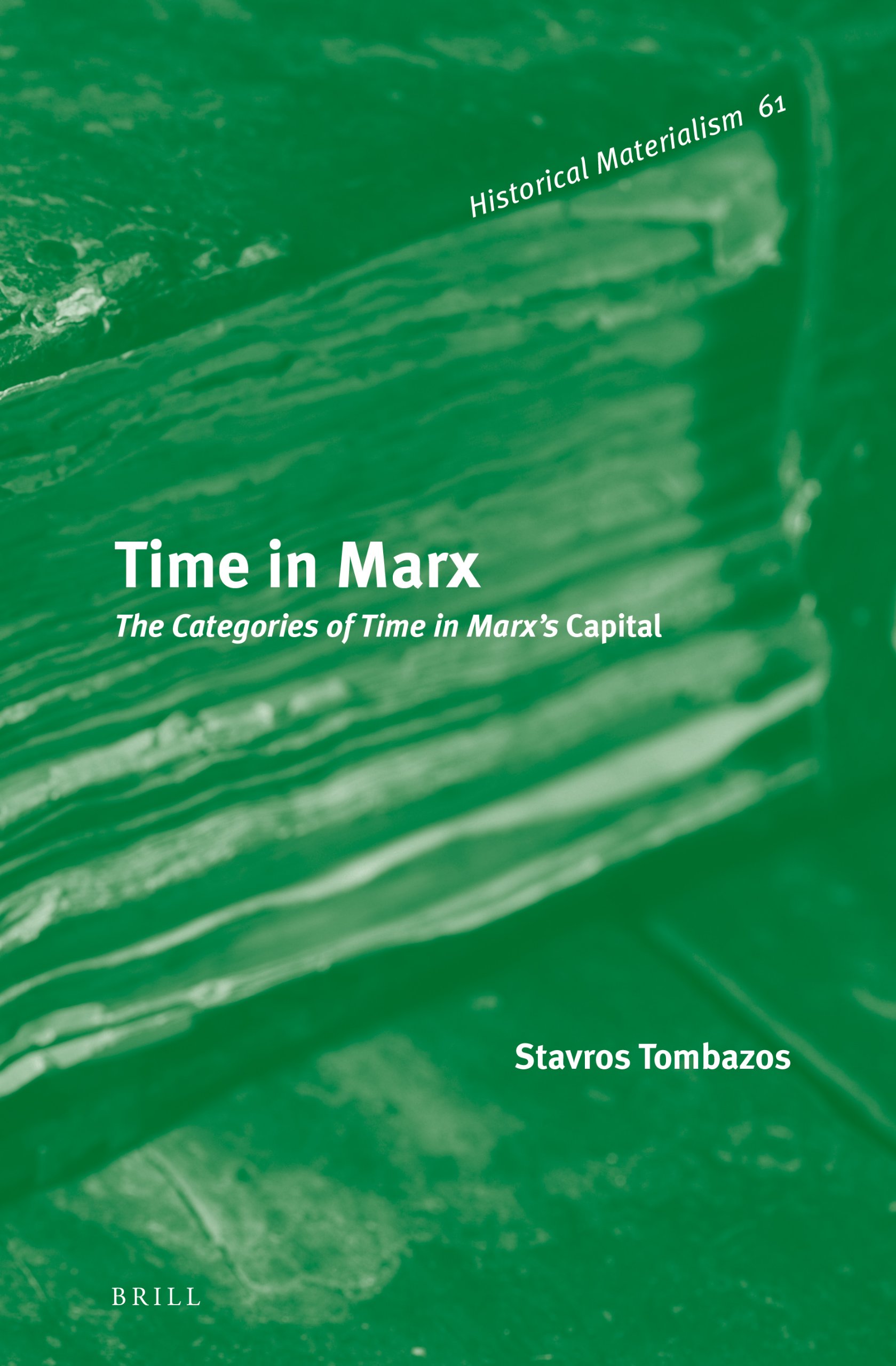 Readings. I’ve recently been reading Stavros Tombazos’ book Time in Marx: The Categories of Time in Marx’s Capital (Brill Publishing, Leiden & Boston, 2014) alongside several books namely Karl Marx’ Capital Volume 1 (Vintage Books, 1977), Gilles Deleuze’s Cinema 1: The Movement-Image (Pinetreebooks2, UK, Essex, 2000) and Cinema 2: The Time-Image (University of Minnesota Press, 200X), David Couzens Hoy’s The Time of Our Lives: A Critical History of Temporality (The MIT Press, Cambridge, Massachusetts and London, England, 2009) in preparation for my conference article to be presented during the Marx @ 200 Conference this coming May 26, 2018 at the College of Engineering.

Tombazos’ book analyses the various categories of time in Marx’s magnum opus work Capital. It’s quite interesting to see how Tombazos stresses the importance of locating his arguments on a well-founded claim that “Capital, like any other economy, is a specific organisation of time obeying its own immanent criteria” (Tombazos, 2014, p. 3). Tombazos uses the concept of time as guiding principle in re-exploring the themes in Marx’s Capital. Written at the height of fall of socialist states in the late 1980s, the book’s re-exploration of Marx looks into the possibility of reconnecting the post-Cold War Marxist milieu back to the basic tenets of Marxism. There is a promise of reinvention in the way Tombazos divides his chapters. He clearly wants to follow Capital’s trajectory from Volume I to Volume III, with each volume corresponding to a concept of time he assigns. Volume 1 corresponds to ‘time of production’, which Tombazos describes as a ‘linear and abstract temporality, homogeneous, a time that is supposed to be calculable, measurable.’ Volume 2 corresponds to ‘time of circulation’ which concerns the turnover of value, while Volume 3 corresponds to ‘organic time’ where the time of production unites with the time of circulation.

Last May 26, I presented my paper titled Marx Contra Deleuze: Towards a Materialist Constitution of the Cinematic Sign at the MARX @200 Conference: The Continuing Relevance of Marx’s Thought to the Struggle of the Filipino People. My paper presentation for Marx @ 200 Conference can be downloaded here. The PowerPoint Presentation can be downloaded here. 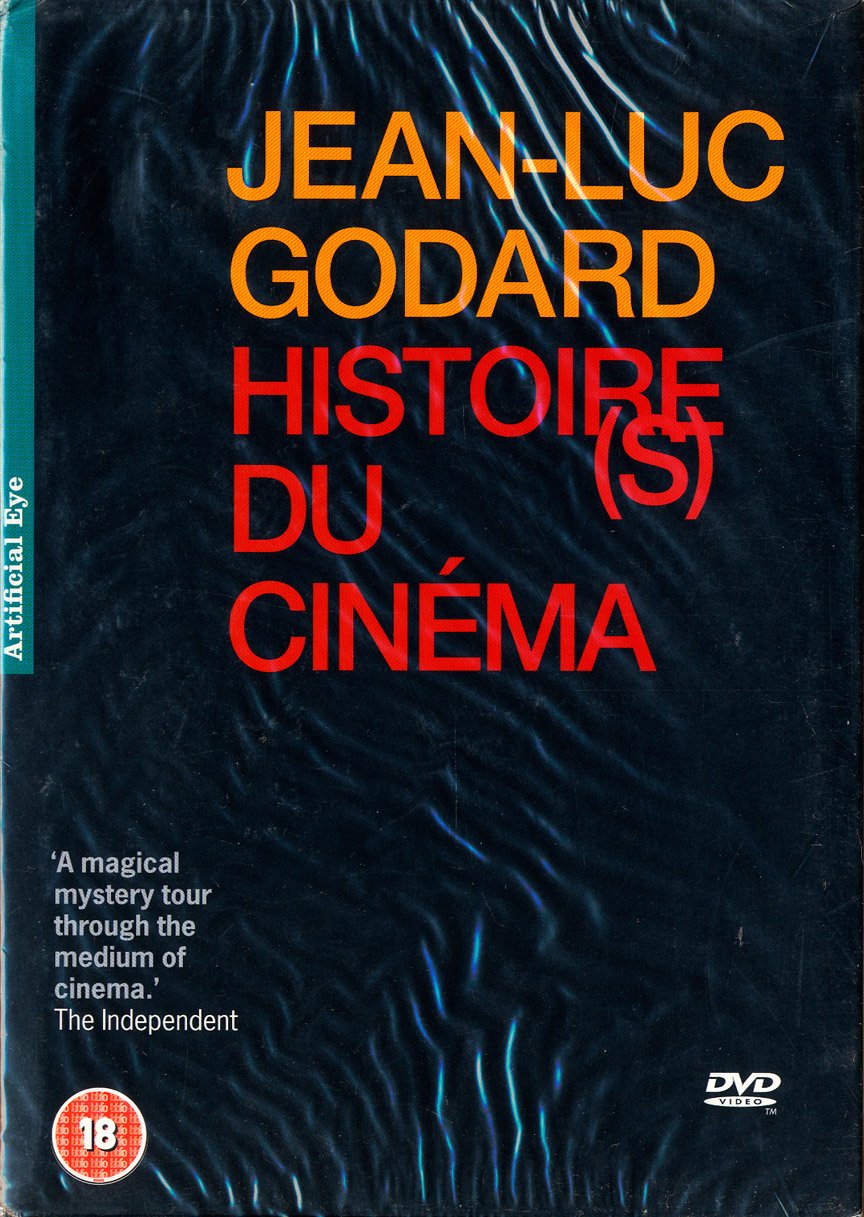 Histoire(s). I’ve recently rewatched Histoire(s) du Cinema for the 3rd time since 2010- 2011. It’s been 7 years. The first time I’ve watched it was through a direct download from SMZ. It seems like one of my first entry points in watching films circulated via online private trackers and websites like SMZ. Seven years after, it remains more than enigmatic, dense, and culturally alienating. I’m thinking of pursuing a film criticism project on Godard’s impenetrable histor(ies) of cinema written from the material conditions of the Third World.

Deplorable, Disastrous, Politically Vacuous Hollywood. Ever since I watched the deplorable Avengers: Infinity War (2018), I have not recovered fully from a disappointing Hollywood mix of bad humor and lackadaisical depiction of heroism.  A group of Lyceum of the Philippines students, led by Nadine Alexi Visperas and Bren Allen Ginabo, approached me as resource person for their project on Hallyu or the South Korean Wave They asked me to comment on South Korean Cinema’s highest grossing film The Admiral: Roaring Currents (2014). Of course, I’m more than willing to grant their request.

South Korean Cinema is not a foreign territory to me. I have watched South Korean films and series in the past. After watching the The Admiral: Roaring Currents, I can’t help but to compare it to the quality of superhero movies Hollywood’s been producing these years. As I mentioned in one of my FB mini-reviews: “This is not a superhero film, but it feels like this should be the standard of how superhero films are made: a film with an attempt to confront the impossible via effective deployment of strategies. The emergence of the heroic subjectivity is very clear. It is gained not by one’s extraordinary power alone, but one’s courage to face the impossible.”

Radical Meme-tic Misappropriations. Epoy Deyto and Vic Teaño are cooking some good meme-inspired experimental films. I’ve previewed both their works and I’m excited for both of them.

On Food Movies. Aside from The Admiral, my detour away from Hollywood is a set of films categorized in KissAsian.ch as ‘food movies‘. I had fun watching two gay-themed food films namely the Korean film Antique (2008) and the Japanese film Bitter Sweet (2016) not only because of the food depicted in the films, but also their unusual plot lines that are far more engaging than the usual American food movies like Burnt (2015). Meanwhile, Luca Guadagnino’s I am Love (2009) is a whole different film altogether as it explores the sensuousness and intensity of food and infatuation.

Is food movie a formalized genre? I think the bridge between culinary arts and the visual medium like cinema has been seamless and productive ever since. The culture of food in cinema, from the bourgeois plates of Luca Guadagnino’s I am Love (2009) to the street food obscurities in several films of Khavn Dela Cruz, expresses class, affluence and poverty. In cinema, food is a representation of class. In her 2015 study titled Dinner and a Movie: Analyzing Food and Film, Cynthia Baron concluded that:

“The scholarship on food in film has already shown that images of food and food behavior are woven into films’ mise en scène and narrative design in ways that shape viewers’ understanding and interpretation of characters and their interactions, the social dynamics explored in a narrative, and the ideological perspectives conveyed by a film. Studies have also started to examine food and film viewing. By exploring intersections between food, film, and culture in lived experience, research on food and film viewing should provide insights into the various social situations that can facilitate and/or diminish individual expression in contemporary mass culture.”

As VCinema Contributor. I’ve recently taken up additional writing assignment as a contributor/film reviewer/film critic to VCinema, a Podcast and Web Blog specializing on Asian Film, alongside my thesis writing and my writing/AVP editing job at BFAR. So I’m pretty much occupied by writing on film in general. I’ve started contributing film review essays last month. My first published essay was on John Torres’ experimental feature People Power Bombshell: A Diary of Vietnam Rose (John Torres / PH / 2016). I’ve also written on Never Not Love You (Antoinette Jadaone / PH / 2018), By the Time It Gets Dark (Anocha Suwichakornpong/ Thailand / 2016) and my latest review is on Ashley Duong’s documentary A Time to Swim (Ashley Duong / Canada/Malaysia / 2017).